3 Wedding garter traditions you should know about… 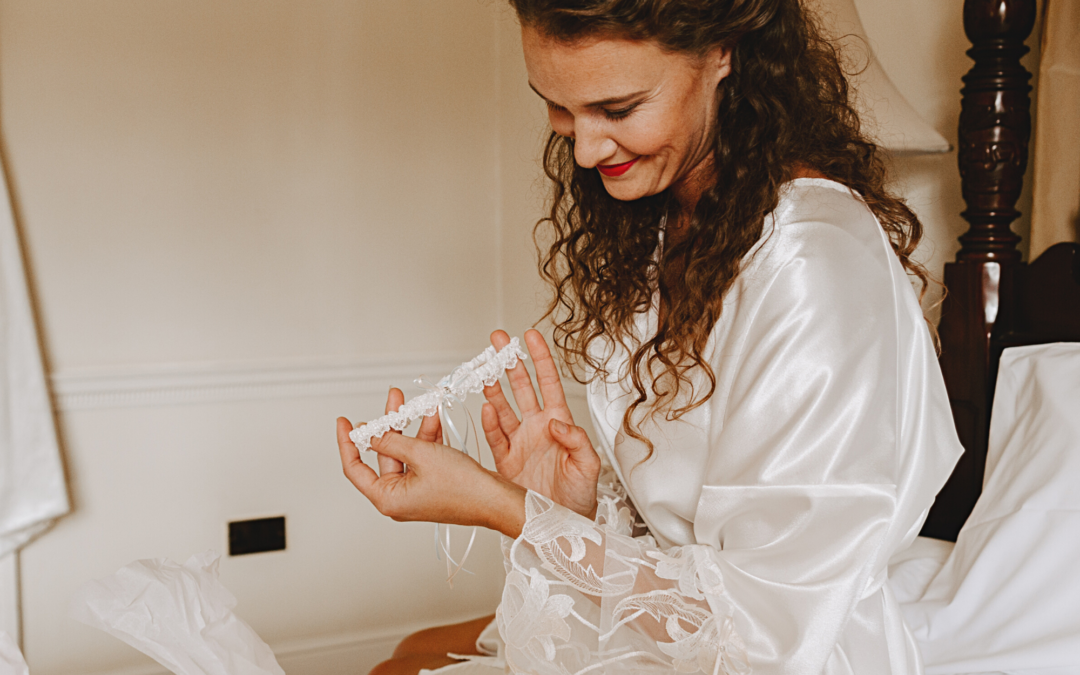 The history of the wedding garter

Weddings are famous for having lots of traditions, but the wedding garter is perhaps the most intimate tradition of all. But have you ever wondered where this tradition comes from and what it actually means?

Just what is a garter? 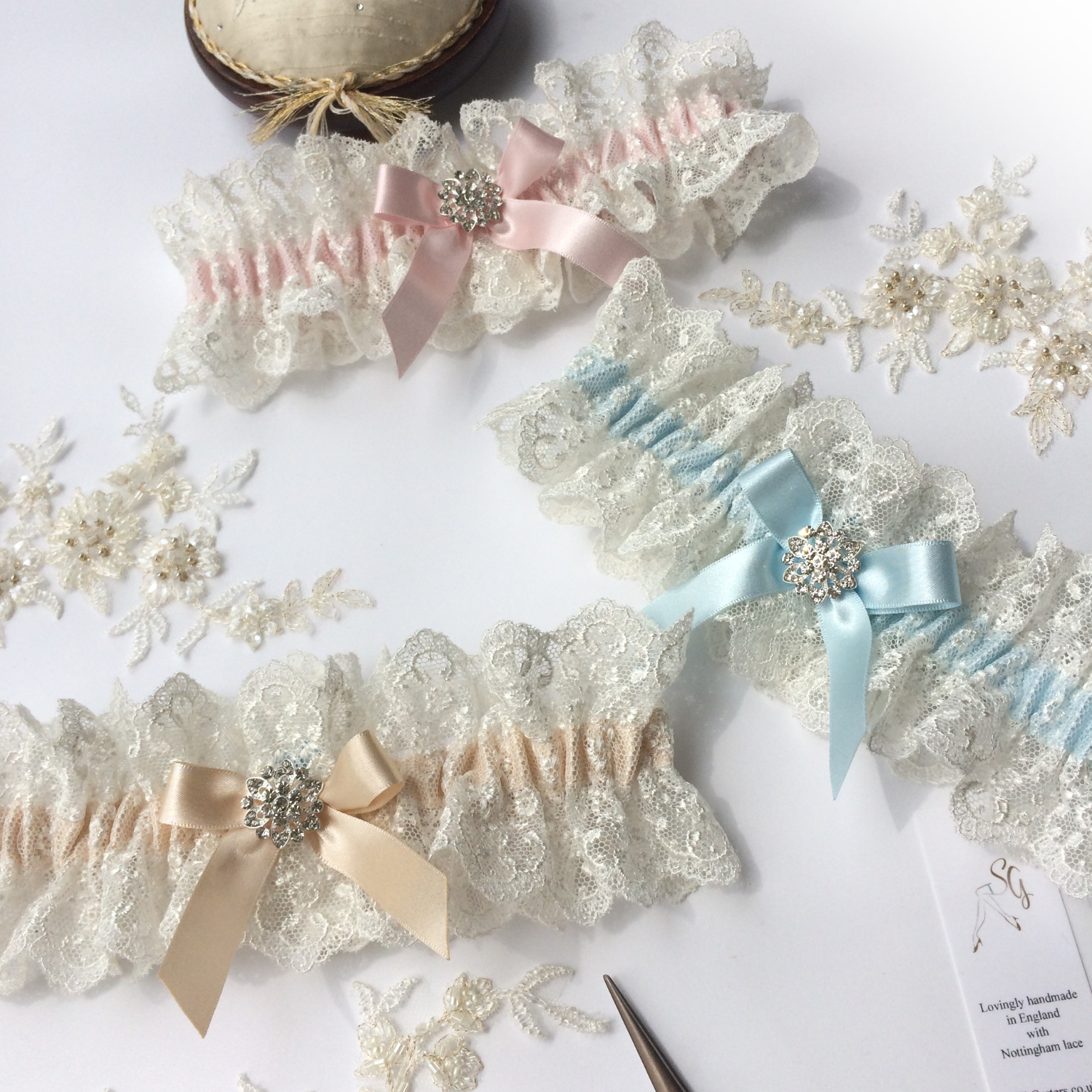 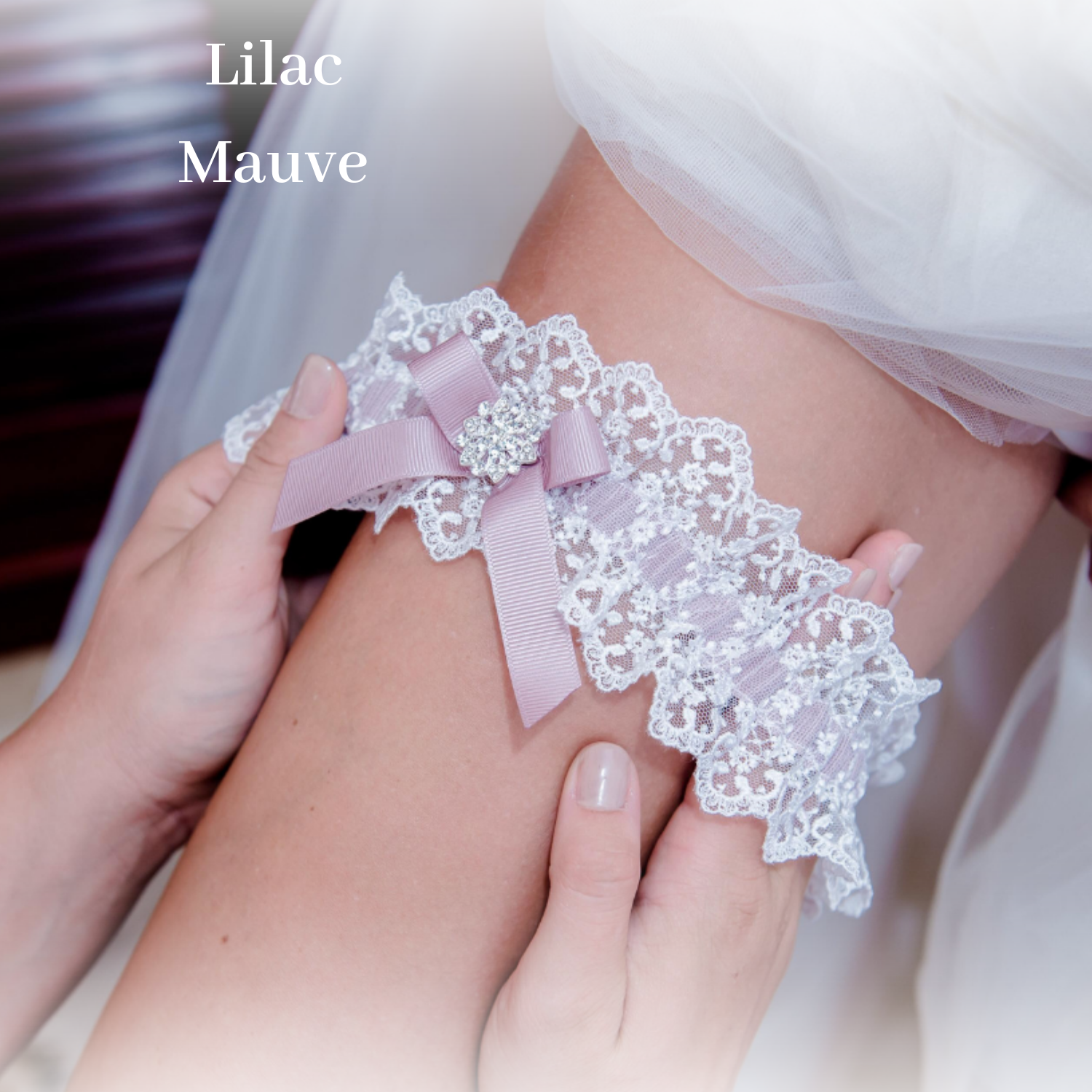 The garter was eventually replaced for everyday wear by more practical stockings, pantyhose and hold-ups. However, whilst the garter may have disappeared from the drawers of twenty-first century women, it still gets a delightfully public airing at some wedding ceremonies. 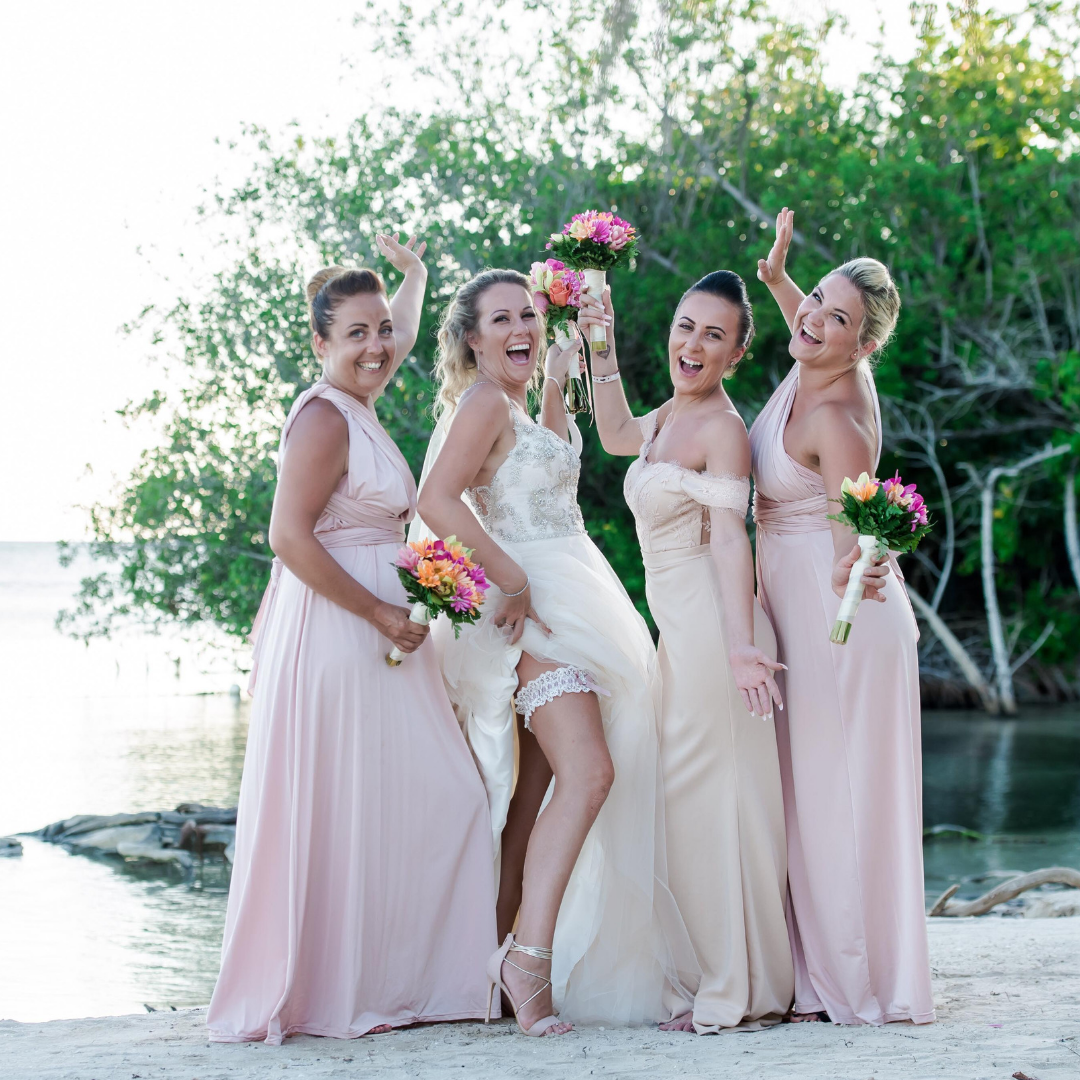 A symbol of good luck

A wedding garter is similar to the bridal bouquet, except that the toss garter is thrown to the men rather than the women. There are several different theories for the tradition, with one dating back to 14th century England when weddings could be a great deal more rowdy than they are today, with songs that would make you blush being sung, and an awful lot of alcohol being drunk.

Back then, newly married couples were escorted to their bedroom by a party of raucous wedding guests so that the ‘bedding’ of the couple was officially witnessed. Often, the bridegroom would remove a stocking, usually the left, from his wife’s leg and throw it to the guests, a custom known as ‘flinging the stocking’. In a superstitious age, this act was thought to bring good luck, for some bizarre reason especially so if it landed on someone’s nose! 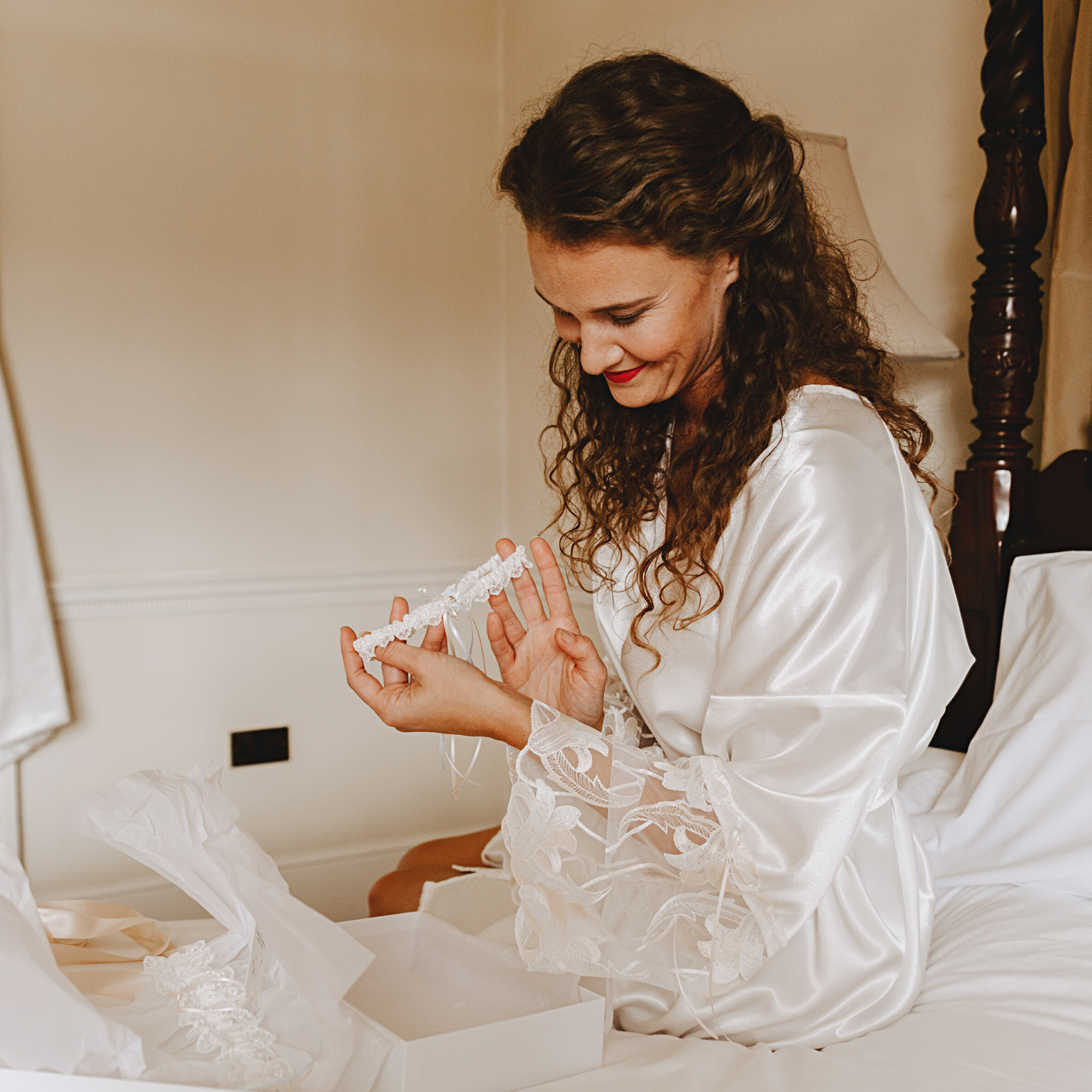 The North of England seemed to have their own, more boisterous, take on stocking flinging. There, when the wedding ceremony was over, the male guests would rush at the bride and remove her garter themselves. Unsurprisingly, there are stories of horrified brides having their clothes forcibly removed by over-enthusiastic wedding guests and becoming injured. Perhaps for this reason, or maybe because better-behaved weddings became more the fashion, this custom was downgraded to just the removal of the garter by the bride herself.

In the 19th century, it became the custom for young men to run from the church to the house of the bride after the wedding ceremony, and the first to arrive was allowed to remove the bride’s garter. The lucky gent would then tie the garter around the leg of his own sweetheart, hoping that it would encourage her to be faithful to him. Other versions have the young man wearing the bride’s garter in his hat.

Yet another tradition has it that the bride’s garter would be decorated with colored ribbons or streamers which she would then cut off and hand out to the guests, and it’s this tradition which is thought to be where the idea of wedding favors comes from. 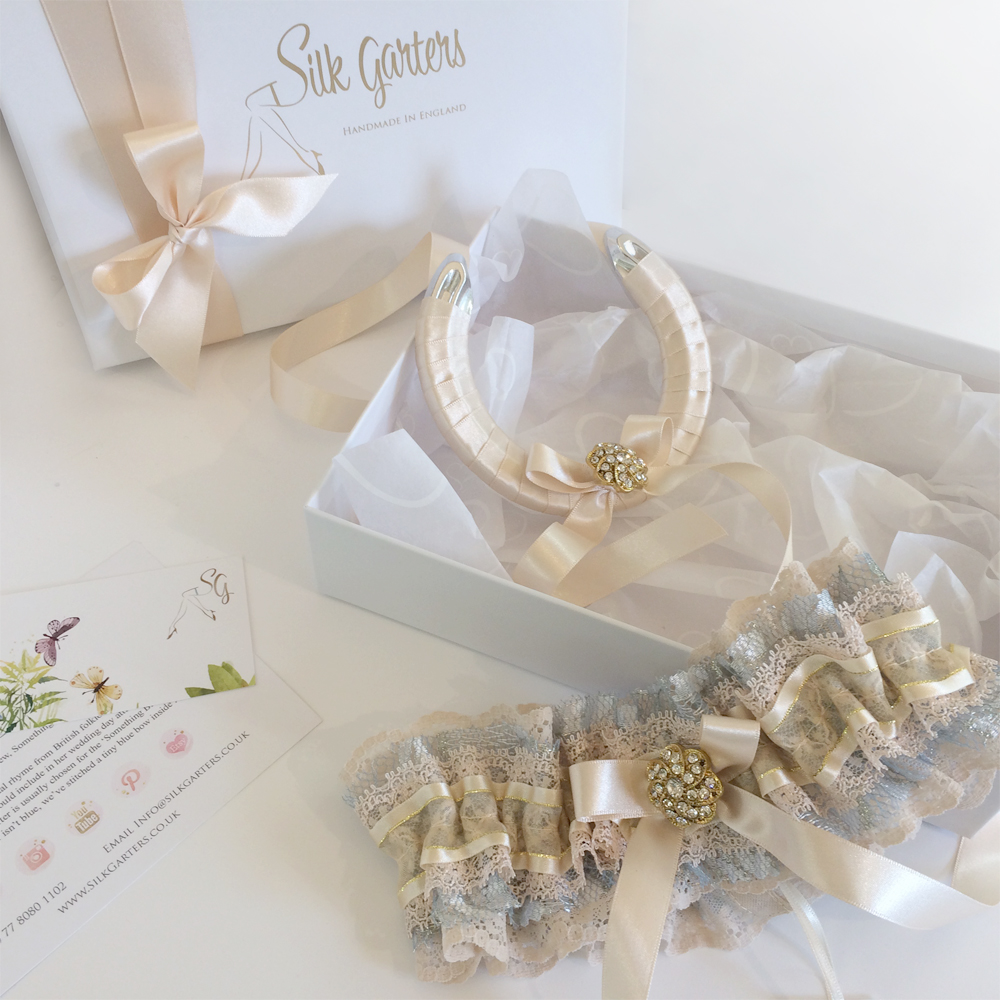 Nowadays, we like to think that weddings have become a bit more civilized (unless we have really crazy friends and family), and the throwing of the wedding garter occurs after the bride has thrown her bridal bouquet to the unmarried women. The groom removes the garter from his wife’s leg and throws it to his unmarried male friends. Superstition holds that whoever catches the bouquet and the garter will be the next people to marry, sometimes within twelve months and not necessarily to one another, which may be a relief to both. A variation on this is for the catcher of the garter to tie it around the upper leg of the woman who caught the bridal bouquet, and this couple are then expected to enjoy a dance together. 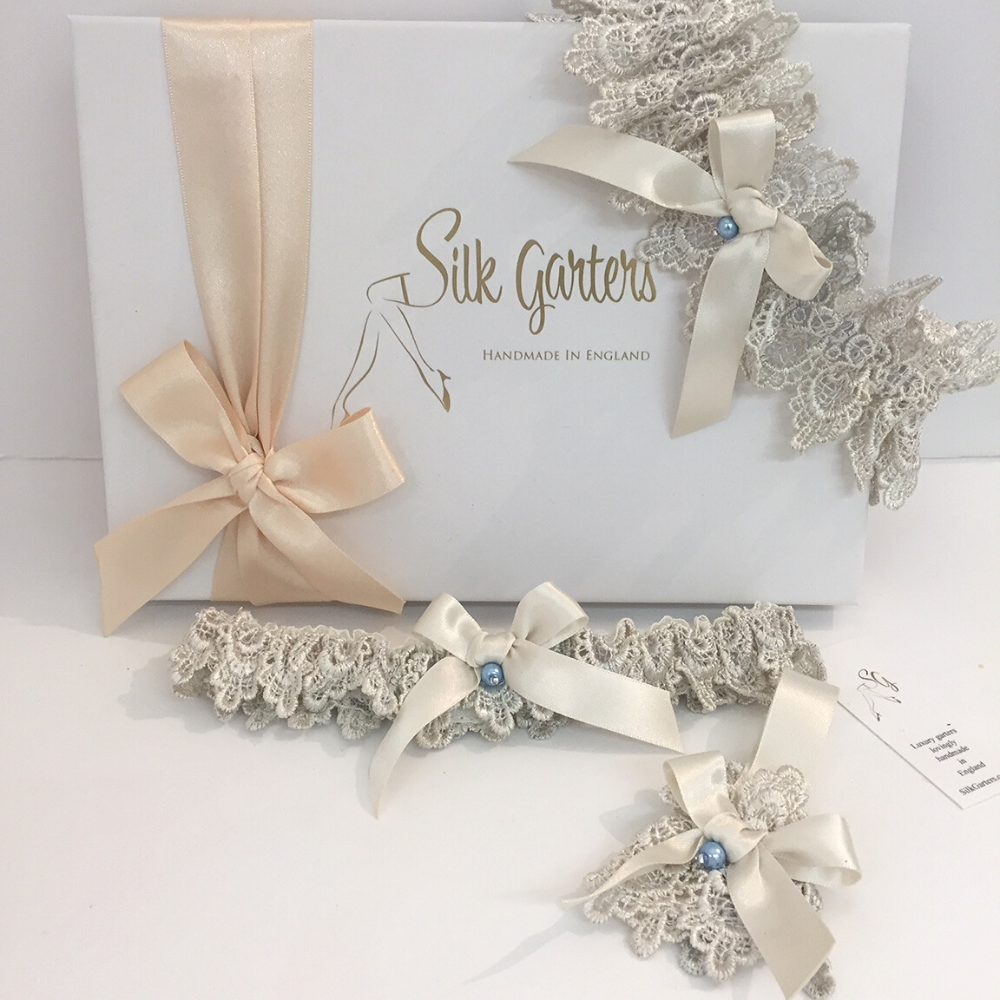 The throwing of the garter is such a tradition that savvy brides will have two garters, one to throw and one to keep on for the wedding photographs, raising her dress just enough to show off her garter.

A garter is also perfect for that other wedding tradition of ‘Something old, something new, something borrowed, something blue’, so that the garter is often colored blue, although this is by no means the only choice, with neutrals, whites, bold reds, purples and blacks often putting in an appearance. 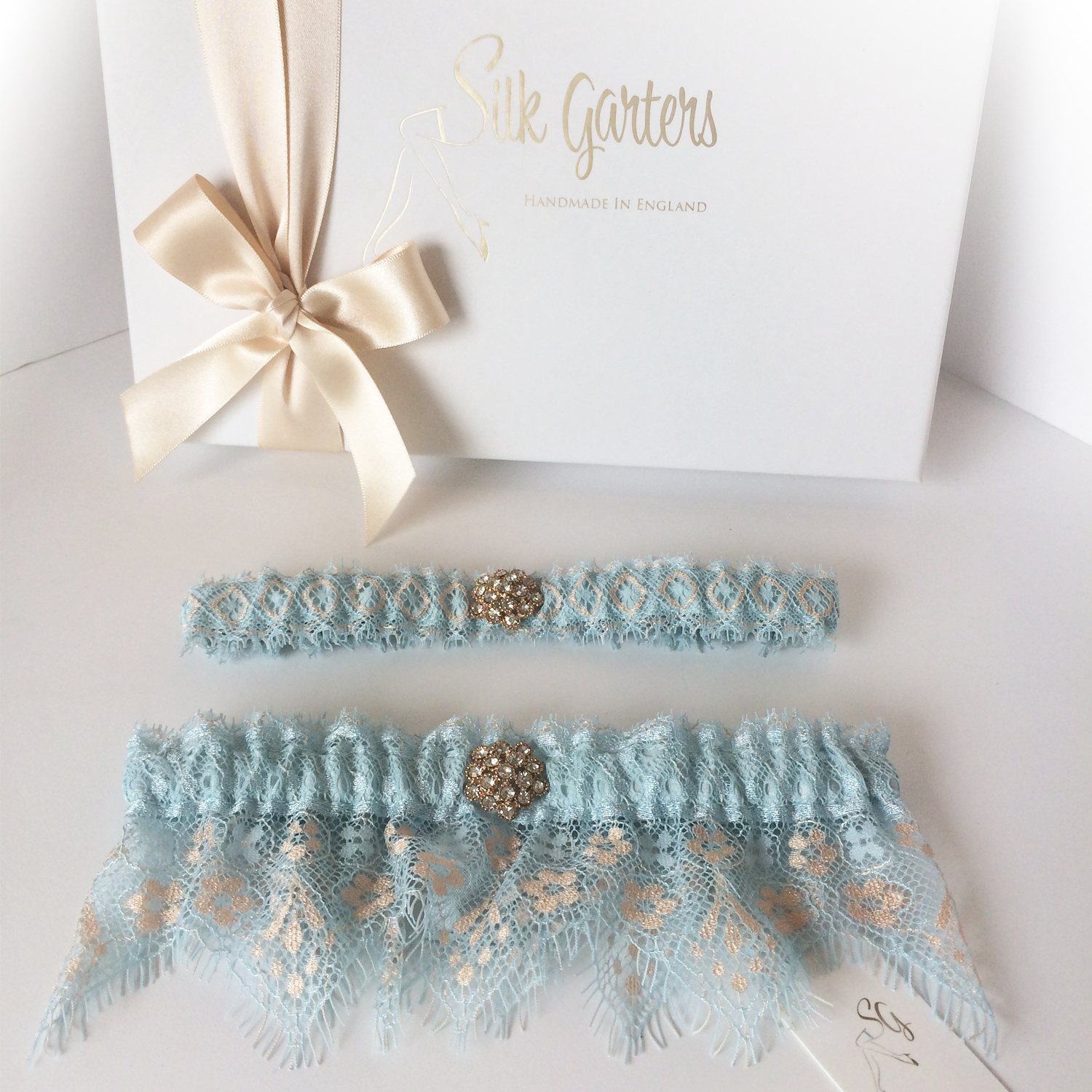 But not all brides want to show off their garter to a room full of guests, so, whilst the throwing of the garter is a wedding tradition, as with everything, it comes down to personal choice, you may prefer to show your garter only to your new husband in the privacy of your room…

Who will see yours? 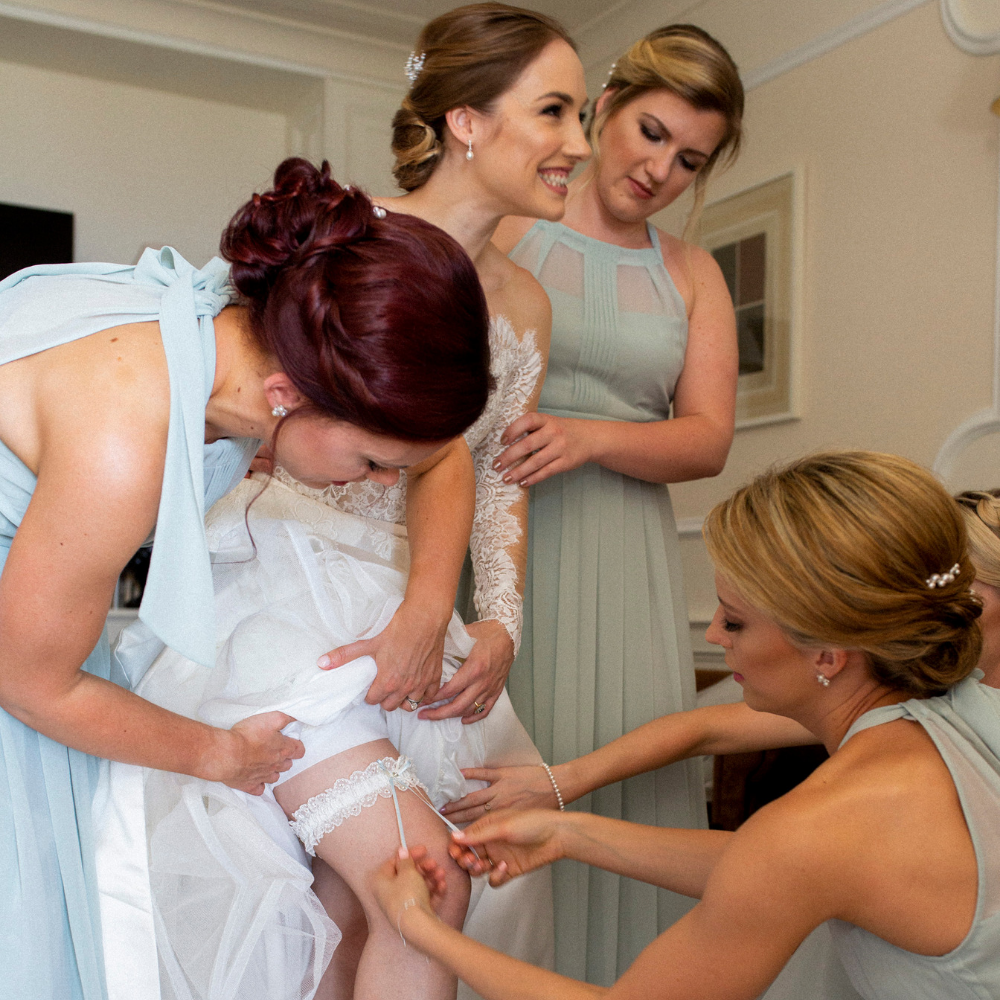